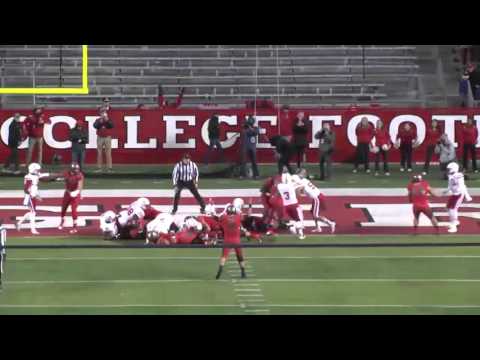 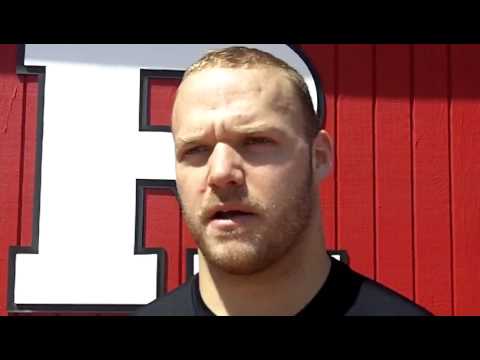 Sam Bergen is a standout football player who was the starting FB for Rutgers in the highly competitive BIG10 conference. Sam is a versatile player who can play FB and Special Teams while receiving many accolades during his Collegiate and High School career.

In 2015, Sam was awarded the prestigious Iron Knight Award for being the toughest player on the team. Sam was recently invited to play in the Tropic All-Star Bowl in Miami, FL (Jan 15-17, 2016).

Sam exhibits versatility at the FB position, excels in blocking & pass catching, has intuitive football instincts and a willingness to learn and develop as a player. Sam has always been a team leader while being a quick learned and highly coachable.

Sam has the intelligence, work ethic, talent, heart, and determination to succeed as a professional football player, and will reward the team that signs him. Sam is the type of player that would be an asset to your team both on and off the field.

2015 (SIXTH-YEAR SENIOR): Played in 12 games with twelve starts at fullback ... received the Iron Knight Award ... had a nine yard reception against Maryland (11/28) ... ran 15 yards for a first down on a fake punt on first career carry at Indiana (10/17) ... notched a 14-yard reception in win over Kansas (9/26) ... collected two receptions for 14 yards versus Washington State (9/12), including one to bring offense down to the one-yard line ... recorded first career reception on a fourth down for 12 yards in the second quarter of the opening win over Norfolk State (9/5) ... made first career start against the Spartans ... granted a sixth year of eligibility by the NCAA

2014 (REDSHIRT SENIOR): Played in all 13 games ... member of special teams and the backup fullback ... served as a main blocker on kickoff return ... one of 27 in the program to be named to the Big Ten All-Academic Team (12/10) ... returned during spring practice as the backup fullback.

2013 (REDSHIRT JUNIOR): Appeared in one game before suffering a season-ending injury ... made four fair catches on kickoffs in the season opener at Fresno State (8/29).

2012 (REDSHIRT SOPHOMORE): Started and finished year as a backup fullback on the depth chart ... earned playing time in all 13 games on special teams and at fullback.