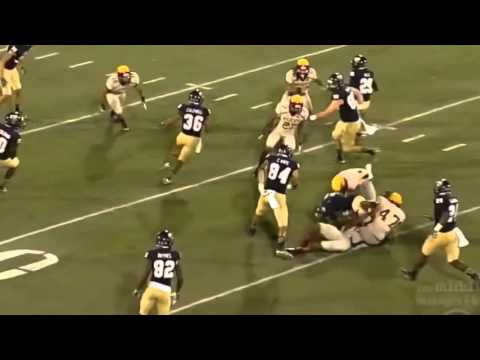 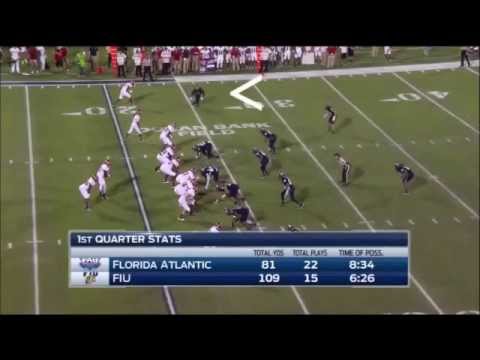 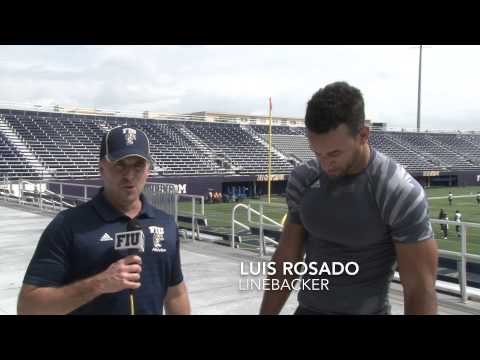 4/30/16 - Richard Leonard was signed as a UDFA with the Houston Texans.

PRO DAY RESULTS - MARCH 30, 2016
Recently, Richard delivered stellar pro day numbers and proved that he should have been invited to the NFL Combine. In the 40 he did a 4.38 which ranks him 5th compared to the players in his position at the Combine; Vertical of 37" has him tied for 8th; L-Cone of 6.95 has him tied for 11th; 18x reps on bench has him tied for 3rd and 60 Yard Shuttle of 11.21 which has him ranked 7th.

Richard Leonard has had an illustrious career as a shutdown Cornerback and dynamic Punt Returner for Florida International University. Richard has racked up honors in 2015 as he was named 1st Team All-C-USA at Cornerback and Punt Returner, as well as Honorable Mention at Kick Returner. Richard recently played in the NFLPA All-Star Bowl (Jan 18-23, 2016).

Richard exhibits versatility as he excels at both the CB position and in Special Teams as an exhilarating Punt Returner. Richard has intuitive football instincts and a willingness to learn and develop as a player. Richard has always been a team leader while being a quick learner and highly coachable. Richard has the intelligence, work ethic, talent, heart, and determination to succeed as a professional football player, and will reward the team that signs him. Richard is the type of player that would be an asset to your team both on and off the field.

2014 - 12 Games Played (12 starts), 40 tackles (32 solo, 8 assisted), 1 TFL for 1 yard, 5 INTS for 144 yards and 2 TDs, 7 pass breakups, 12 passes deflected, 4 fumble recoveries for 115 yards and 1 TD, 2 forced fumbles, 13 punt returns for 309 yards and 1 TD, 24 kick returns for 616 yards, 1 rush for 5 yards. Named First-Team All-C-USA at cornerback and as a punt returner, Also earned All-C-USA Honorable Mention recognition as a kick returner, Named game captain eight times, Was a two-time C-USA Defensive Player of the Week and a two-time C-USA Special Teams Player of the Week, becoming the first player in C-USA history to accomplish this feat, Recorded a school-record five interceptions (No. 2 in C-USA; No. 18 nationally), led the nation in fumble recoveries (4), set the school record for most punt return yards in a season (309), Broke the FIU single-game punt return record (148 vs. Bethune-Cookman) – also the third-most in C-USA history, A mid-Season All-American (Phil Steele), earned All-C-USA recognition by Phil Steele and was honored by the College Football Performance Awards three times in 2014.